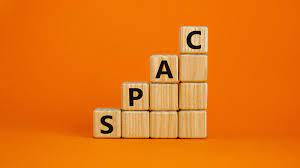 Many investors have shied away from SPACs in the past, believing them to be excessively risky. To explain the risk, benefits, and reliability of SPACs, we will discuss the 10 Best Cheap SPACs to Buy in 2021.

Moving forward, first, we’ll take a look at what is SPACs, and how they can be beneficial for investors.

SPACs, often known as “blank check companies,” have been in existence for several decades.

In recent years, they’ve gained in popularity, drawing high-profile underwriters and investors, and raising a record amount of money through initial public offerings (IPOs) in 2019.

Over 50 SPACs established in the United States so far in 2020, with a total raised of $21.5 billion as of the beginning of August.

If the founders of a SPAC have at least one acquisition target in mind when forming the company, they may choose not to disclose that target throughout the IPO process in order to avoid lengthy disclosures during the process.

(This is why they referred to as “blank check businesses,” because IPO investors have no clue which firm they will be investing in at the end of the process.) Before issuing shares to the general public, SPACs look for underwriters and institutional investors.

The money that SPACs raise through an initial public offering (IPO) is deposited in an interest-bearing trust account. These funds may use to complete an acquisition or to refund the money to investors if the SPAC gets liquid.

They cannot be used for any other purpose. A SPAC typically has two years to execute a transaction or else it will be forced to liquidate.

In some circumstances, a portion of the interest produced by the trust might be utilized to supplement the operating capital of the SPAC. The stock of a SPAC is typically listed on one of the main stock markets following the purchase of the company.

How Do SPACs are Beneficial for Investors?

It is found that the target coup’s value has been considerably reduced since the SPAC structure is less hazardous for the business trying to go public, which makes it riskier for SPAC itself because they are paid with larger discounts than they should be.

According to the definition of a blank check company, the investors are simply providing funds with no knowledge of which company would be the target for the money they have invested in.

If the company attempts not to meet the expectations of the investors and as a result, the investors decide to withdraw their money, there may be a conflict of interest.

The fees and charges included in SPAC entail underwriter’s fees as well as additional costs, which may be more than the amount paid to investment bankers in an initial public offering.

The target company’s operations are subject to less scrutiny than they would otherwise be.

Those that combine with SPAC and go public expose to less scrutiny than companies that go through the standard initial public offering (IPO) procedure.

When it comes to attracting investors and raising cash, there is always the potential of misrepresenting investment opportunities.

Sponsors of special purpose acquisition companies (SPACs) might profit from an acquisition even if the investors are unsuccessful in their endeavors.

Conflicts of interest and fraud are major risks in this situation, which can arise from the misappropriation of funds as a result of misrepresentation or omission of the company’s prospects.

SPACs are subject to market fluctuations, which can be dangerous because investors do not view these fluctuations as a benefit to the investment.

For example, a unit of the SPAC with a price of 10$ may fluctuate, and investors may be hesitant to purchase at a higher price if the price of the unit rises.

The company went public in December 2020, and it was able to generate over $300 million in its first public offering, according to the company.

It focuses on mergers and acquisitions with companies in the tourism and technology industries. Gary Teplis serves as the company’s chief executive officer.

NASDAQ: ALTU) has a market value of more than $366 million, making it the largest company in the world. The stock’s 52-week price range is $9.6 to $14.4, with a midpoint of $9.6. The company is still on the lookout for a merger opportunity.

RedBall Acquisition Corp. (NYSE: RBAC) is a special purpose acquisition company located in New York with a focus on acquisitions of businesses.T

his year, the corporation went public in August, earning more than $575 million in its first public offering.

The business primarily focuses on mergers and acquisitions involving firms in the sports, media, and data analytics industries in the United States of America.

RedBall Acquisition Corp. (NYSE: RBAC) is a publicly-traded company with a market value of more than $704 million. Alec Scheiner is the company’s chief executive officer.

The price range of the company’s shares over the past 52 weeks has been between $9.7 and $12.4. The stock has an average daily trading volume of 220,868 shares. The special purpose company is still looking for a contract to combine with another company.

Lefteris Acquisition Corp. (NASDAQ: LFTR) is a special purpose acquisition company based in Boston that acquires businesses for a variety of purposes.

It went public in October 2020 and raised more than $207 million in the first public offering of the company. Karl Roessner is the company’s chief executive officer.

Lefteris Acquisition Corp. (NASDAQ: LFTR) is continuing on the lookout for a suitable merger partner. The stock’s price has fluctuated between $9.6 and $12.4 during the past 52 weeks.

The stock has an average daily trading volume of 66,452. Morgan Stanley has the left-hand position on the special purpose company. The firm has a market value of $252 million, according to the latest available data.

A merger with another company in the software as a service industry is something the company is looking to do in the future.

It went public in December 2020 and raised more than $172 million in the initial public offering (IPO) that month. Carter Glatt is the company’s chief executive officer.

A merger was sought by Dune Acquisition Corporation (NASDAQ: DUNE) in order to enable the company’s first public offering.

With a market value of $131 million, the company is reliable. At Cantor Fitzgerald, the left-leaning partner is in charge.

This year, in August 2020, the firm went public and raised more than $345 million in its first public offering (IPO). It seeks to combine with companies operating in the technology industry that headquartered in Europe, the United States, or Israel.

It has a market value of around $436 million at the time of writing. Leo Apotheker serves as the company’s chief executive officer.

Burgundy Technology Acquisition Corporation (NASDAQ: BTAQ) is still on the lookout for a strategic partner to combine with.

The corporation is actively watching the development of cryptocurrency companies, and it may seek to combine with one of them in the next weeks and months.

Because of its impressive track record, Soaring Eagle Acquisition Corp Units is ranked first. These units allow the bearer to one share as well as one-fifth of a warrant to purchase additional shares at $11.50 per unit.

However, while the modest warrant ratio is less attractive than many we saw last year, this team has successfully introduced both DraftKings (DKNG).

Report to the public through prior SPACs. Those have been two of the most successful SPACs in terms of overall performance.

They also demonstrated a great ability to identify promising brands in the online gaming and sportsbook market. Which is likely to stay profitable for the foreseeable future.

Given the fact that DraftKings and Skillz have both recently entered the market, it may take some time for them to identify their next acquisition, but this is one situation in which SPAC investors should exercise patience.

The financial results released by Rush Street Interactive earlier this month demonstrated that this company is a legitimate contender in the online gaming industry.

The fact that investors are concentrating their efforts on Penn National (PENN) – Get Penn National Gaming, Inc. Report and DraftKings, as well as the heritage casinos, indicates that this industry will produce several winners.

RSI reported a loss of one cent per share but given that Wall Street had expected a loss of $0.32. This is a significant improvement in the bottom line.

The company’s revenue of $100 million is also above analyst expectations of $94.37 million. This indicates a 260 percent increase in revenue over the previous year.

Although the company is still investing in customer acquisition, real money monthly active users (MAUs) have increased by 116 percent year over year. And by 22 percent sequentially, with RSI ranking as the number-one online casino in the United States. Based on gross gaming revenue in the most recently completed quarter.

And, with $225 million in cash on hand, the company is well-positioned to continue advertising and promotions, which will help to develop their brand and solidify their users’ relationships.

RSI forecast revenues of $440 million in 2021, compared to forecasts of $372 million. This represents sustained robust growth of 58 percent for the whole year, according to the company.

Canoo unveiled its all-electric pickup truck earlier this month, and although some people praised the design, others were less enthusiastic. Consider myself interested, because I believe it will attract a large number of consumers.

The company sells electric vehicles that are modular and purpose-built. It pioneered the development of the flattest and lowest-profile skateboard in the history of the sport. Because that is exactly what it is, think of it as a chassis.

The fundamental methodology provides for a wide range of application flexibility as well as rapid time to market. Hyundai has previously entered into an agreement with Canoo to collaborate on the development of an electric vehicle platform.

A new vehicle may get in as little as 18-24 months, rather than the traditional 3-5 years, according to the company’s website.

Canoo now earns money through the provision of engineering services. It expects revenue from this area of the business to reach $150 million in 2021, and $450 million by 2024, according to the company.

It will launch its B2C platform in 2022, which expects to generate an additional $1.2 billion in sales by 2025, or a compound annual growth rate of 147 percent.

Management estimates that the B2B platform will be available in the market by 2023, with revenue for this segment of the business reaching $700 million by 2025.

The company provides low-cost GMP-certified pharma quality cannabis through its operations in Colombia and, soon, Portugal.

Over the last several years, we’ve spoken with Village Farms (VFF – Get Village Farms International, Inc. Report management about these locations, and they’ve explicitly pointed out the difficulties that many cannabis players have had in entering into them.

Clever is not a licensed producer in Canada or a multi-state operator in the United States; rather, it is an MNO (multi-national operator).

It has 1.8 million square feet of growing space in Colombia, and it is the only business in the region that has been certified according to Good Manufacturing Practices (GMP). As a result, it has risen to become the leading licensed producer in Latin America.

Rodgers Silicon Valley Acquisition, which included the acquisition of Enovix, may have ushered in a new era of powerful SPACs acquiring a business in a hot area. The PIPE priced at $14, despite the fact that the SPAC’s offering at $10.

Enovix is a company that designs and manufactures lithium-ion batteries. Enovix’s presentation on establishing a plan for future electric car battery manufacturing was indeed interesting.

But it would be a mistake to ignore the computer industries that the company now serves with its patented 3D cell architecture, which it already supplies to.

As a whole, this company is much more than just electric vehicles, and investors should take heed of this.

In this comprehensive review, we had an insightful overview of the 10 best cheap SPACs to buy in 2021. Moreover, we have discussed what are the advantages and disadvantages of investing in SPACs.

Make sure you read all the risks associated with SPACs before making your investment.