Gilead Stock Stocktwits is brewing a storm this first week of February 2020.

The main reason for this sudden spike in interest in this dull stock the news that came out on Friday about Gilead been approached by the Chinese government to help with the COVID-19 Coronavirus in Wuhan.

The Experimental drug Remdesivir is owned by Gilead Science (Ticker: GILD) and may be the closest thing to alleviate the the death toll worlwide.

Gilead has an experimental drug (meaning not approved to cure any illness yet) called REMDESIVIR.

The company confirmed on Friday they were providing their drug to the Chinese authorities to be tested on patients already infected with the deadly virus.

This was rather a positive news in the face of a global health issue as outlined by the WHO (World Health Organization) earlier this week.

Obviously making money while Trading takes second stage to the human loss caused by this illness.

Update : Here is a video I generated in mid-March : Can Gilead Save US from Recession ?

I merely want to illustrate that even in this extreme critical situation,  the Big money does not take a rest.

Gilead  Stocktwits: The Prints Came Before The News

Just Before 11am Eastern Time on Friday January 31, The Stock Whisperer sent an alert on Gilead stock (Ticker:GILD) for over 1 Million shares traded at $63.93

The news came much later around 2pm when Stephanie Kammerman released the following post: 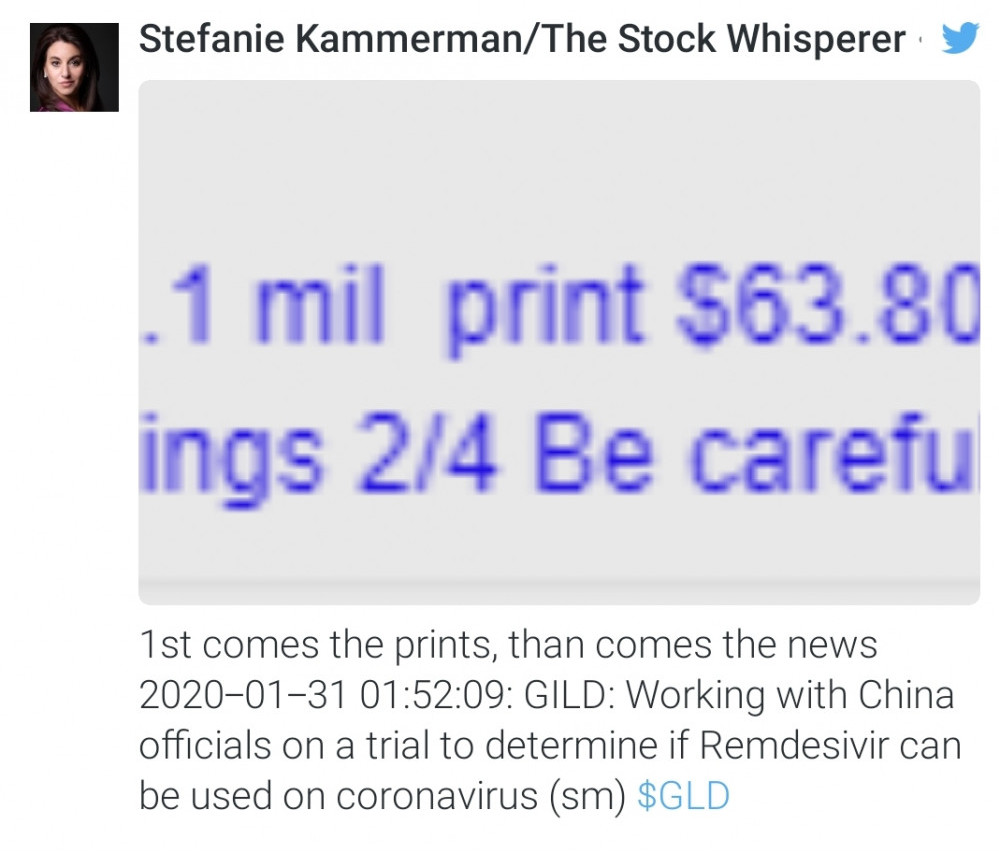 This is yet another example of how equities and option order Flow from Flow Algo help traders stay on Top of all the moving parts in the market.

On that day as usual, Gilead stock (Ticker:GILD) retreated first (granted the whole market was red) to below $63.

Even after the news came out, the overall reaction was timid given the magnitude of the impact it could have on Gilead finances,.

It was not until an hour ago I found out that Gilead stock spiked in after hours on Friday afternoon closing above $65.

This is what caused the Frenzy on Gilead Stocktwits community as depicted by some of the posts below. 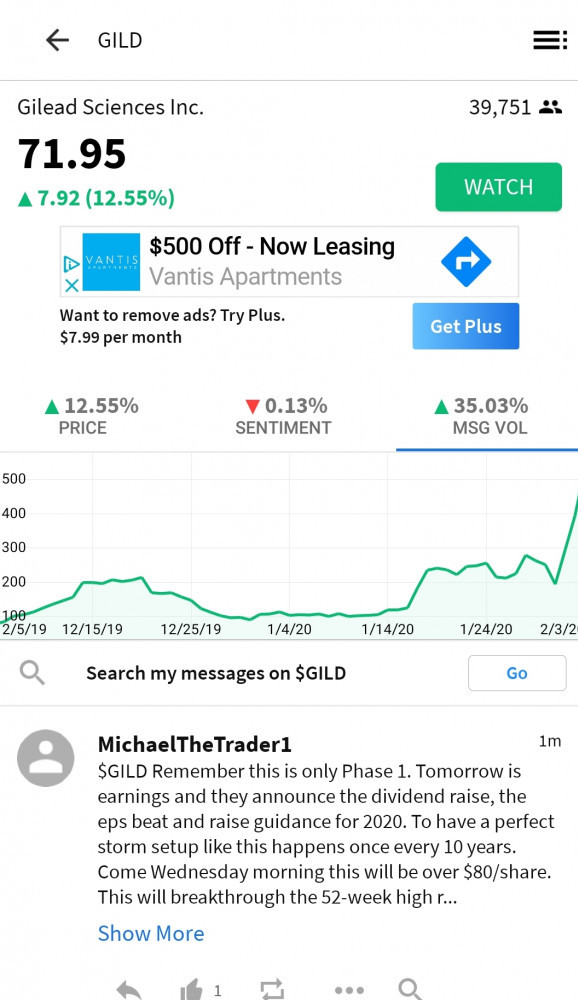 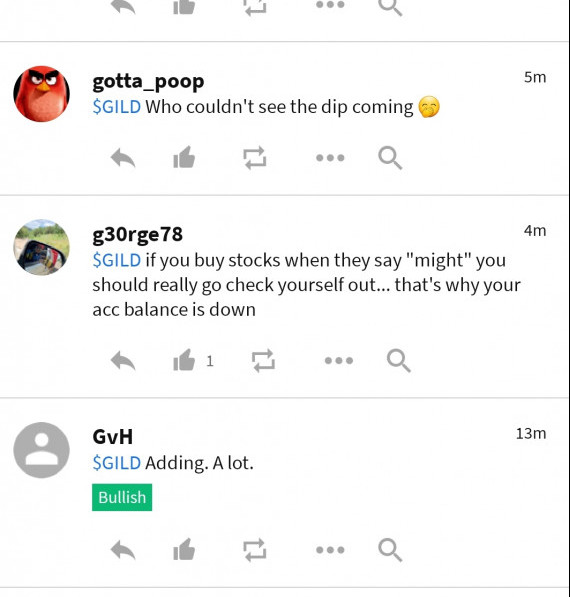 The stock went from as high as $73 then sharply retreated to $66.

Some traders who are well too familiar with bio pharma stocks and Gilead stock in particular pointed to the fact that is was due to happen.

With Earnings after market close on Tuesday February  4, one can only guess that Gilead will  enter extreme volatility phase (pun intended:-)).

There’s no telling what the Live session will be like for Gilead stock today, tomorrow or after its Earnings Release.

There are even rumors of increase dividend and raising of Guidance.

All of this from a company that has been lethargic since May 2016.

Even the very expensive acquisition of Kite Pharmaceutical in August 2017 is yet to create a much needed Turnaround.

One thing is certain though.

Many will continue to hype or bash Gilead  Stock on Stocktwits for the the weeks and months to come.

African born – French Raised and US matured who speak 5 languages.

Active Stock Options Trader and Coach since 2014.
Most Swing Trade weekly Options and Specialize in 10-Baggers !